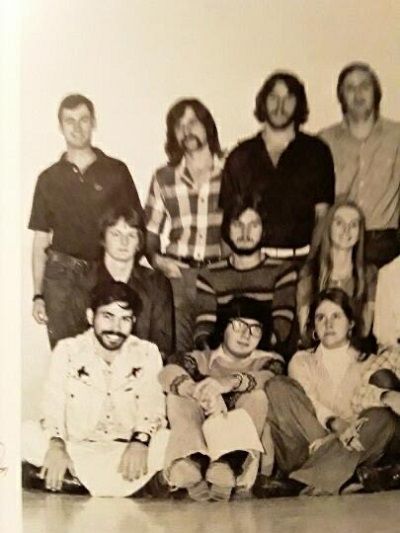 Jim was born in Flint, Michigan. His mother had seven siblings and his father had two brothers (including a twin), so family gatherings were quite lively. As a self-proclaimed "geek,” Jim enjoyed his childhood and found himself loving learning from a young age. He spent much of his childhood weekends in a small-town community with one stoplight, four churches, three bars, and a combination library for the farming town. Jim’s father ran a community movie theatre where Jim had his first job at age 11. This family business saw the whole family getting involved in the endeavor: his father ran the projector, his mom collected tickets, and Jim worked with his brother and cousin to make popcorn and clean up.

When he was 15 years old, Jim was riding his bike in downtown Flint when he stopped by a public radio station. They happened to need a child’s voice for a radio play, so Jim was included for the part. Jim fell in love with the radio and joined the production crew.  He eventually started a job at WTRX as a record filer, putting records in their proper place after they were used by a DJ. He also started to DJ on weekends at weddings and even worked on commercials for the radio station. One day, a DJ needed a break, so Jim filled in and the rest is history. Eventually his name spread in the radio community, and Music Box offered him a host DJ position. Jim knew his parents would never approve of this, so he bought a Boy Scout uniform and said he would be attending an outdoor camp for the summer. Instead, he hitchhiked to the club and lived in the upstairs area to DJ. When he returned from "camp” without a tan, he said he had simply stayed in his tent. Even though Jim didn’t technically have a contract for his position at the radio station, he was "traded” to CKLW Detroit as a junior in high school when he received the Billboard Award for the youngest DJ. He continued to DJ regularly until his enlistment in the military.

You might wonder where Jim got the nickname "Diamond Jim.” Everyone had an extra "handle” to their names when they were a DJ on the radio, so he took on this moniker when he was at KFRC San Francisco. The name stuck and it’s still part of his entertainment persona today, especially when he’s taking on a promoter role for shows.

Prior to graduating from high school, Jim joined the Naval Reserves and spent the summer of 1968—before his senior year of high school—in boot camp at Great Lakes, Chicago during the Democratic National Convention riots. By 1970, Jim was attending the University of Michigan as Reserve Officer Candidate, working as a DJ, and still organizing concerts part-time. President Nixon stopped the draft and all reservists were called up for service. Jim ended up starting as an E-3 Seaman on a ship. He went to A-School to be a fire control tech. After school, he served 18 months on active duty with the USS Glennon out of Charleston. As Jim’s studies had been interrupted, he made plans to return to the University of Michigan to continue his education. 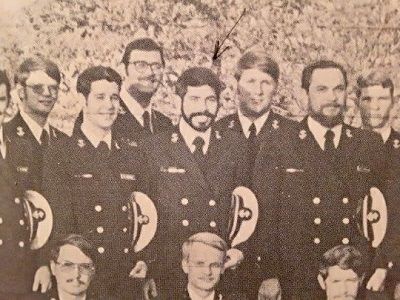 However, a simple dishwashing mistake changed the trajectory of his military career. As a brand-new E-4 assigned to be a mess cook, he was told he needed to make sure that the Chief’s coffee was always ready for him. Trying to impress, he scrubbed out the coffee pot with a Brillo pad until it glistened. Unfortunately, he had scrubbed away all the "seasoning” in the pot, thereby ruining the familiar flavor of the coffee. He was fired from this position—after one day—but this error put him on the radar of the ship’s officers. As he was working on his college applications, he ended up applying to the Naval Enlisted Scientific Education program. This would pay for a full four years of engineering education. However, he needed a letter of recommendation and word-of-mouth spread around the ship. Because the coffee disaster had become a running joke among the Chiefs, they all wrote him letters of recommendation. When his packet was presented, the Destroyer Squadron Commander was stunned by this outpouring of support and asked him who he was to have such strong backing for his application.

While he was waiting to hear of their final decision, the intensity of the war in Vietnam meant that all reservists were extended indefinitely. Although his ship had arrived for blockade service off North Vietnam, Jim received word ten days later that he had been accepted into the program. He was told a helicopter would be arriving from Pac Fleet in 40 minutes and he must be ready to go.

In San Diego, he completed an eight-week intensive college preparation curriculum before completing a four-year engineering program at Purdue University in only 3 ½ years. Of course, he became involved with organizing concerts while he was there and even convinced the President of the University to let him take over the concert promotion for the school. Using his excellent business skills and music know-how, Jim was able to book bands like Grand Funk Railroad, Kansas, Jethro Tull, Heart, Fleetwood Mac, Grace Slick and Jefferson Starship—selling out concerts along the way. He graduated in December of 1975 and was commissioned as an Unrestricted Line Officer. He also completed Service Warfare School. During this time, he met Tina in 1975 and they were married in 1979. He has three daughters.

Throughout his 22-year military career, Jim served on 10 ships. In the Naval Sea System Command, he earned a reputation as a "fixer,” since he knew how to work with people to fix complex problems. This including traveling to different ships to identify issues with their weapons systems. Sometimes he also found himself delivering hard truths to those in charge to ensure that they could all work together to ensure their systems were operational and ready to support the fleet.

Jim retired in October of 1990 as a Lieutenant Commander.
Post-Military History

Jim served as a technical director with advanced weapons systems for 17 years after the military. After a mysterious and elaborate job interview process, he was surprised to learn the Admiral had managed to hire him to continue his work with the Naval Integrative Fire Control group. Jim oversaw the integration of multiple national programs and ensured everyone would work together with common goals to complete their tasks with excellence. 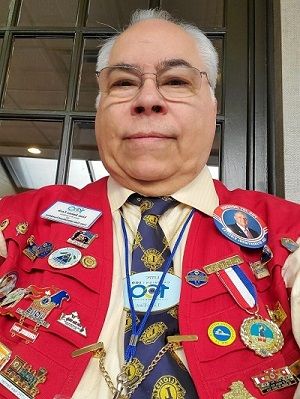 Jim has also spent decades of his life providing to others through service programs. He loves being part of organizations that recognize we are all part of a larger community. He has been involved with the Montclair Lions Club since 1990 and serves as the District Chair of the Lions Club International Foundation. Jim is also the President of the NOVA Lions Mobile Sight and Hearing Screening Unit, Inc., and acts as a Tournament Director for the annual Charity Texas Hold-em tournament: the Winter Classic.He is a Guiding Lion for the Virginia Gateway Lions Club. Jim’s faith is also very important to him. (During times when no Chaplain was available on the ship, he would conduct services and serve as a support for all.) Jim and Tina support the Good Shepherd United Methodist church, even assisting with the finances and leadership. He also provided 22 years of service to the Montclair Homeowners Association where he was a Board member, President for four terms, and took on the role of their beloved Santa for 12 years.

Jim says, "I would like to be remembered for my Service: Service to God, my Country, my Community, and my Family.” 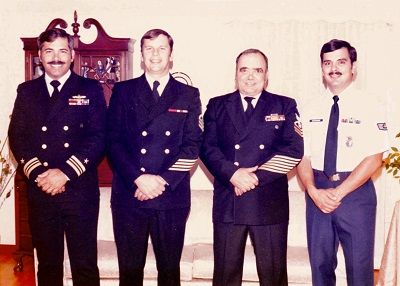 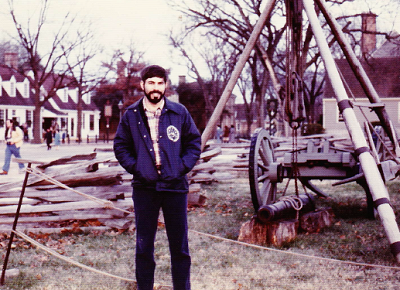 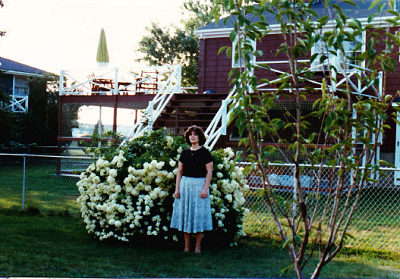 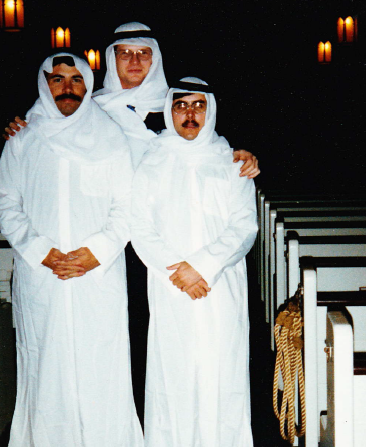 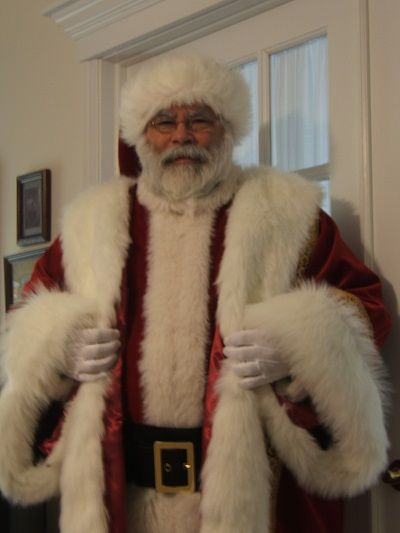 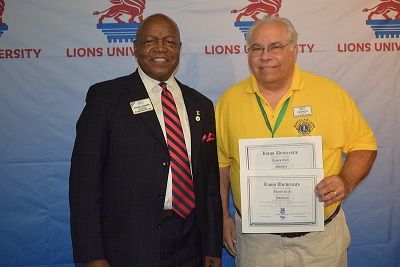